CEO Tips to Turn Around Your Charity’s Fortunes

Does your charity’s future look uncertain? Read our top tips from CEOs who have given their organizations a new lease of life.
Acquiring Edit Lock
By Kellie Smith | Updated on June 6, 2019 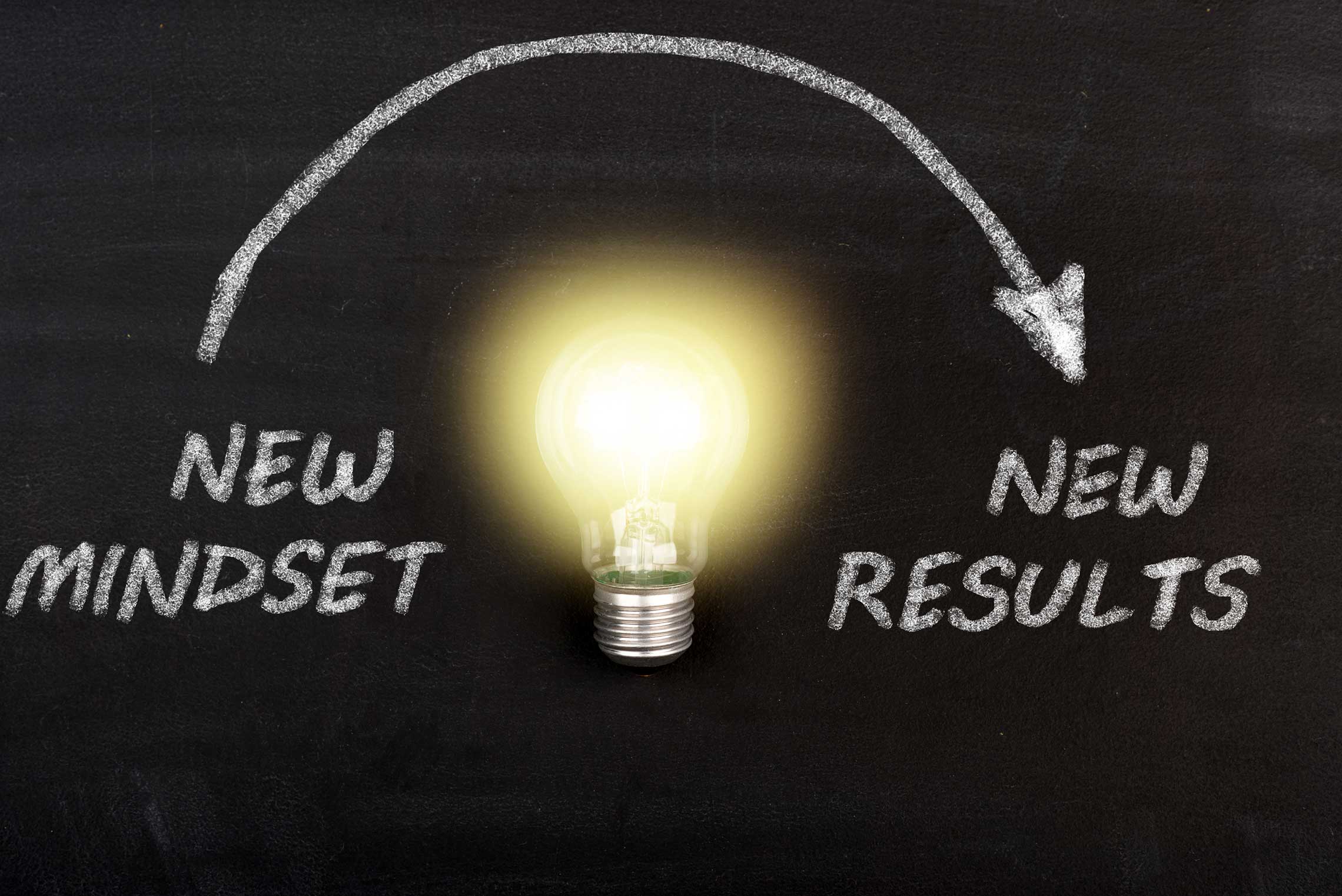 The well-known saying ‘it’s tough at the top’ rings true for charity chief executives whose organizations face financial deficits, low morale and overstretched services. The CEOs responsible for giving a new lease of life to The Brain Charity, St John’s Hospice and Autism Together offer their top tips for getting the job done effectively.

You need to be prepared to be unpopular to get things done, says the CEO of The Brain Charity, Nanette Mellor, who was appointed to plug the organization’s financial hole. “The last thing you need to think about is being liked by anybody. If you start to worry about trying to please everybody, then you’re going to start to make the wrong decisions.”

The charity was overspending and underperforming so Mellor made the bold move to cut back on staff and reduce services in the short term to concentrate on fundraising and marketing. “We had to strip our services right back, and that’s the kind of decision that can really leave you open to criticism,” she says. “It was pretty horrible.”

Sue McGraw, chief executive of St John’s Hospice, advises balancing immediate operational needs with planning for the future. McGraw turned the charity around by investing in fundraising, despite objections from some of those around her.

Leaders should also be prepared to tell a few home truths. McGraw has gone out into the local community to speak to residents about the future of the hospice. “We didn’t just focus on the money, we focused on the message and what this place means to local people. We said to people if you don’t help us now, we can’t help you in the future.”

Charity CEOs need to take risks even if the situation isn’t critical yet. As Mellor puts it: “If you sit still the likelihood is that sooner or later you’re going to lose a big chunk of funding.” The Brain Charity is developing virtual-reality based services but some people are “a bit scared” of it, says the chief executive. “It’s a new, innovative piece of work, and the board are absolutely up for it. It should be us, it should be a charity, because if we don’t do it then one of the big private companies will.”

2. Build a strong board

Behind every strong management team is a strong board of trustees. You need to have “an engaged board who understand what running a charity means,” says St John’s Hospice’s McGraw. “It’s not just wandering around your community and saying, ‘Oh I’m on the board of the hospice’. We want people for their professional expertise.”

St John’s Hospice targets people for the skills and knowledge it lacks in house. “You need critical friends. I wanted trustees to have the skills to interrogate and scrutinize the work that we do.”

Once you have recruited trustees, Autism Together's CEO, Robin Bush, recommends giving each person a trial period so both parties can decide if they are the right fit for the charity. He explains: “New trustees attend board meetings and sub committees as observers and if they think they still want to be part of the trustee body and if we think they’re still appropriate, then we recommend them at our AGM.”

The Brain Charity’s Mellor says that once you have the trustees in place, you need them to support you in making changes. Her board wrote a letter to all staff saying there were going to be some big changes and that they were fully behind Mellor. “To have that kind of weight behind my restructure was key,” she explains.

3. Go back to basics

It’s important to revisit your charity’s objectives so you can decide on the best way forward. Autism Together had built up an unmanageable list of aims as it was trying to be everything to everyone, says Bush. As a result it had 40-50 core values. He brought all staff together to look at what the charity was doing well, and what it wasn’t. The team stripped the values down to four key principles, which helped them to define the charity’s main objectives.

Once you have nailed down your objectives, you need to think about your brand. If you want people to give you money, they need to know who you are, says Mellor, who changed the organization’s name from Neurosupport to The Brain Charity, as she felt the former medical-sounding name wasn’t getting the message across. She brought in an agency to lead on the rebrand: a new name was accompanied by a new strapline 'National support for all neurological conditions', as well as a new logo and a set of key messages.

Off the back of the rebrand, donations started coming in. “We receive phone calls now from people wanting to run the London marathon for us, or to let us know that a relative has died and that they want the funeral donations to come to the charity.”

4. Think about your staff

Charity CEOs need to keep their staff updated about any changes. When McGraw took on the chief executive role at St John’s Hospice she surveyed staff to get the lay of the land: “People were proud to work here and of what they did, but were feeling unloved,” McGraw explains.

Next, McGraw set up staff and volunteer forums to encourage people to share ideas. This information is then fed back to the board. After the board has met, the CEO goes back to the team to talk about what was discussed.

“You need to ensure your workforce feel that they’re not just cogs in a machine but that they inform the direction of travel,” adds Bush. “We asked ourselves: how do we supervise staff, how do staff communicate with the organization, how does it communicate with them? It’s a huge piece of work — I’m not sure we’re all the way there yet, but we’re improving all the time.” Bush has introduced staff benefits and discounts at the charity, as well as automated workflows and processes and staff training.

The Brain Charity’s Mellor, who created a digital communications officer role for an existing member of staff — who had until then been working as a cleaner at the organization — after recognising his skills in this area, reminds other CEOs to make the most of staff talent, as it can be a “powerful force for progress.”

She explains: “I think that sense of ownership is the big change. If people feel like they own something, it’s theirs to look after. They give their talents and their skills and all of a sudden you’ve got so much more capacity than you had before.”

5. Shout about your work

Make time to tell your stories, says McGraw. “We’ve just recruited someone to collect patient stories for us, because that’s the bit that we don’t do as well as the national charities. We have great things to shout about, but we’re just getting on with the work and sometimes we forget to stop and reflect on what wonderful stuff we’re doing.”

Following The Brain Charity’s rebrand, Mellor placed a greater focus on digital communications. As well as creating a new role, she had a website built and worked with the digital communications officer to increase the charity’s presence on social media. “Before, social media was considered as secondary to what we were doing,” she says. “But actually if people can see you on these forums that can help them in lots of different ways.”

The Brain Charity was the 2018 winner of the Managing Turnaround category of the Charity Governance Awards 2018, which was organised by The Clothworkers’ Company. Autism Together and St John’s Hospice were both nominated for this award. 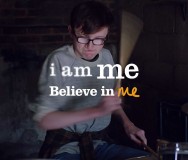 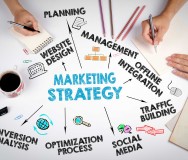 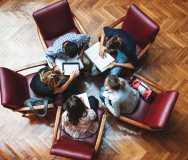 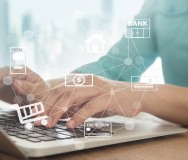 GDPR Compliance: What You Need to Know and How to Comply 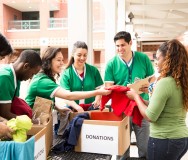