Can't figure out why so many people prioritize causes like conservation over people?
Acquiring Edit Lock
By MissionBox DoubleTake | Updated on June 6, 2019 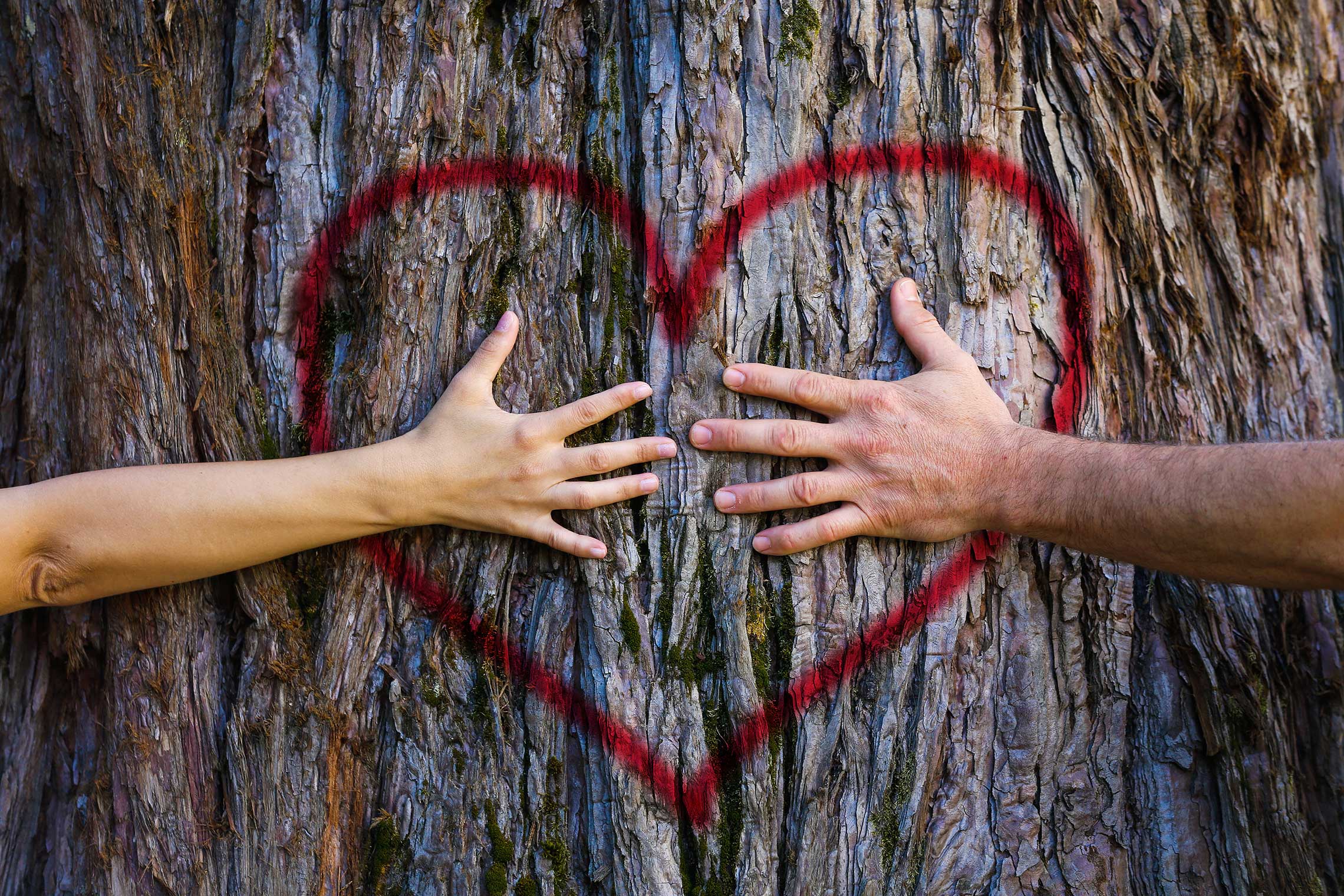 Guest contributor Jill Nokes offers her response to the MissionBox DoubleTake — a column that offers opinions about the peskier aspects of working in the nonprofit sector. Jill is a member of the Texas Chapter of the Society for Ecological Restoration, serves on the board of the Hill Country Land Trust and on an advisory committee of Hill Country Alliance.

When I read about the amount of effort and resources that are going into non-human service nonprofits, I get upset. Is saving the polar bear really more important than feeding a child or providing healthcare access to a pregnant mother?

I am not blind to the destruction that climate change is wreaking on our planet and I am also saddened by the plight of endangered animals. Nonetheless, any money I donate to a charitable cause will go to a treatment for a sick baby over sick animals, every time.

There are only so many resources to go around. Entire biospheres of animals and plant life have been driven to extinction by changes in global temperature and other catastrophic events during the planet's history — anyone ever hear of the dinosaurs? This is nothing new. Plus, if we make the effort, we can find technological ways to address the loss of creatures and terrain that impact ecological balance. I would rather see the resources we direct toward saving the bumblebee, for instance, to curing malaria (half a million deaths in 2015, alone).

I know the “tree huggers” won’t like my position, but what do others have to say?

Your question captures the familiar yet unresolvable quandary of charitable giving. It’s understandable to wish for a universally accepted system that rates causes according to need and worthiness. Yet research shows that people’s decisions about donating are based primarily on emotion and human experience, not cold analytics. I think your strong assertion that human needs are more important than nature or environmental issues also shows that.

You are principally drawn to the plight of sick children and families; not so much homeless dogs or endangered elephants. I recognize that it’s your honest response and understanding of a pressing problem. You can easily find more examples of others basing their choices in much the same way, such as the familiar request by families for friends to donate to a non-profit hospice organization after a loved one dies, even though that person may have been been a strong supporter of other causes throughout their life. Other people very generously give money for disaster relief when the drama is most vivid, but fewer stay connected or concerned about the long term needs of destroyed communities.

Because these emotional responses drive our connection to causes, I don’t think it would be productive of me to try to convince you that your assumption that “technological advances” can “address loss of creatures and terrain” is misguided or at least incomplete. There is general consensus among scientists that we have reached a real tipping point in the depletion and defilement of our world that makes it unlikely we will be able to recover to less cataclysmic conditions. Examples of this abound: the rapid loss of land at the mouth of the Mississippi River; endless drought and erosion in Southern Sudan and South Africa; our rising and warming oceans. It’s all there to confront and consider for those who want to understand more.

In contrast to an either/or way of choosing who or what to support, I think if you accept the role subjectivity plays in charitable giving, you may find yourself more open to a holistic response. For example, I know of one family who has made a strategic decision to focus all their charitable giving to organizations working on climate change issues because they have four grandchildren and are worried about the kind of world they will inherit. Many health organizations include the environment in their advocacy and research because they know that bad air and contaminated water affect their primary constituency — children. Even though we treat nature like a machine that will never break, our lives and the lives of our children require that we recognize our connection to the earth, it’s resources and all who live on it. So by all means continue to give to the causes that mean the most to you, but please take a moment to appreciate that all human beings also need the earth, and our battered old globe desperately needs us, too.

Bob P. says ... It is sad to see letters such as yours, for not only do they miss one of the bright spots about the American nonprofit arena, but they reek of an elitism that our sector should not indulge or be displaying.

Essentially, what you are saying is that, in YOUR opinion, some causes are more worthy than others, and that YOU have an inside track on that calculus.

This is the same thinking that Ken Berger and I pushed back against in the Stanford Social Innovation Review some time ago when we wrote about the inherent dangers of the “effective altruism” movement. As we stated then, that approach that not only unjustifiably claims the moral high ground in giving decisions, but also implements this bold claim by weighing causes and beneficiaries against one another. In this, it is not moral at all, but rather, moralistic in the worst sense of the word. One need only examine the extreme positions taken by groups such as GiveWell to see the slippery slope you are on.

You begin by saying human babies are more important than animals or the environment. OK. But if your statement, “There are only so many resources to go around,” is taken to heart, then the next question must be, “WHICH babies?” In answer to this, writers such as Peter Singer and Eric Friedman have answered, “Not American ones,” their rationale being that the need is far greater and the costs per treatment far lower in Africa for any money to be squandered here.

This thinking, which you echo, amounts to little more than charitable imperialism, whereby “my cause” is just, and "yours" is — to one degree or another — a waste of precious resources. It strikes at the heart of what our sector is supposed to be about.

Moreover, it is apparently blind to one of the truly amazing characteristics of the American charitable realm: the fact that it is a market place, where different causes can and do compete, and (one hopes) more effective organizations and programs can attract the most support. Are you aware that the IRS recognizes about 400 different cause areas in which a 501(c)(3) may operate? That market, containing everything from battered women’s shelters to butterfly sanctuaries, opera companies to summer camps, historical preservation sites to refugee resettlement programs, reflects the richness and diversity of American generosity in a way your closed-minded approach does not and cannot.

Finally, I emphatically reject your right, or that of anyone, to tell me which causes to support.

You may count yourself as being on the side of the angels because you are concerned with the welfare of your fellow human beings. But before you get too comfortable with those wings and that halo, you might take a moment to consider the truly nasty ends your thinking can produce if taken to its fullest and most logical ends. I assure you, it isn’t a pretty picture. 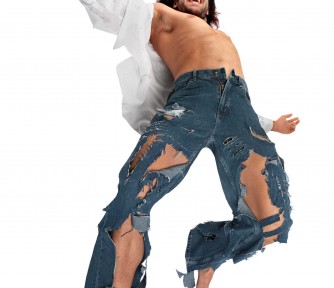 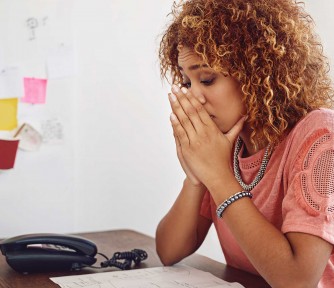 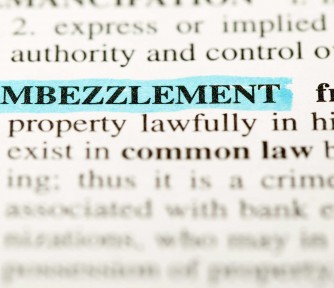 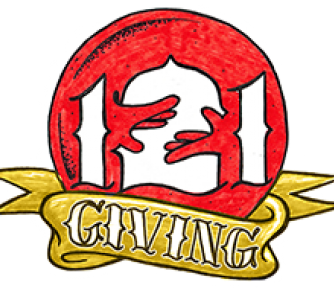