Donations Please: How an App is Helping Charity Shops Stock Their Shelves 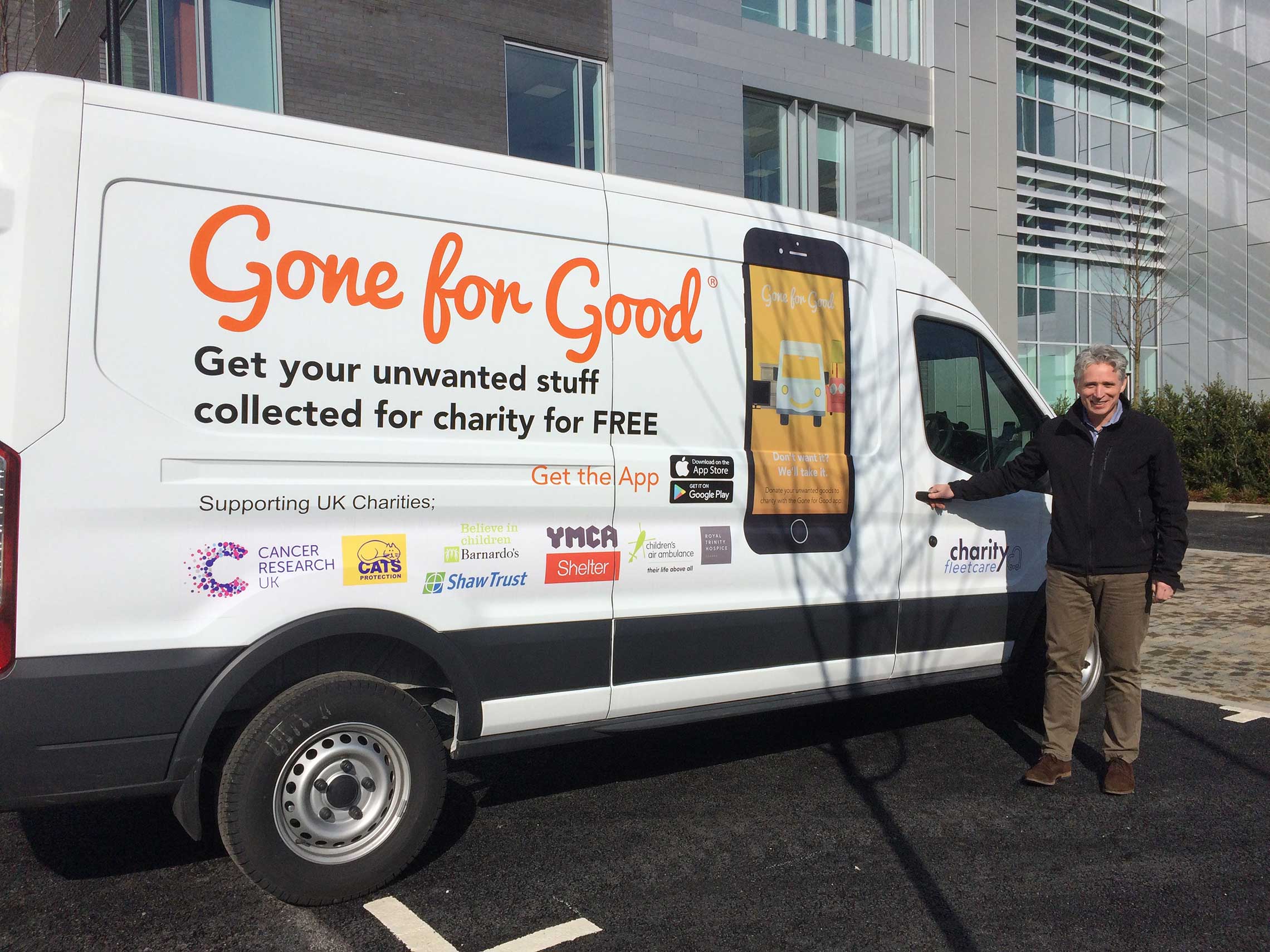 User-friendly Gone for Good has raised more than £1 million

Every year in the U.K. we throw away 1.37 million tonnes of appliances and 1.5 billion tonnes of textiles. We’re also now much more accustomed to selling or giving away unwanted goods on sites such as eBay and Freecycle. That’s a lot of furniture, gadgets and clothes that could instead be redirected to the local charity shop to be converted into much-needed funds.

While we’re busy throwing away our old stuff, our love affair with new technology is growing — nearly 80 per cent of all U.K. adults aged 18-75 use a smartphone daily.

One particular app, Gone for Good, is using the power of all those mobiles to solve the problem of getting people’s unwanted goods to the charity shop of their choice.

So what have the developers learned along the way?

The kernel of the idea came from Tony Hilton, who was volunteering at a hospice shop in Lancashire in the North of England and had noticed how difficult it seemed to be for people to donate goods. Large items like sofas are tricky to transport, parking is often an issue and people may not know where their local charity shop is, when it’s open or what type of items it will accept.

Hilton contacted digital experts Reason Digital with his idea for an app-based approach to the problem. According to Matt Haworth, co-founder and director of Reason Digital, the company is bombarded with 'brilliant app ideas', but agreed to do some research. Their survey of 2,000 British adults found that 60 per cent thought an app would address the main barriers to donating charitable goods, and 54 per cent of U.K. 18-44 year olds said they would download such an app.

The next challenge was getting charities to collaborate. The team was aware that if only one shop was to sign up, the app would be ineffective — users would need a choice of shops willing to accept a range of goods, all accessible in one place. “You don’t have 20 taxi apps on your phone, right? You’ve got Uber and you just push a button and it works — it really has to be that easy,” says Haworth.

So the Reason Digital team put together a prototype and started showing it to charities. Cancer Research was the first taker, which helped get things off the ground, continues Haworth: “having a large charity like that jump in really gave a lot of others the confidence that this was something that charities would actually collaborate on.”

Gone for Good currently works with 34 charity partners who collectively have about 1,800 shops on the app — from national organizations with a large network of outlets, such as Mind and the British Heart Foundation, to smaller local concerns with only a handful of stores. "A lot of donors want to give to a local charity,” says Haworth, “so it’s a great moment when a user opens the app and goes ‘oh look, my local hospice is on there,’ — and they do quite well out of it as a result.”

The app has been designed to make it incredibly easy for users to donate: download it, take a photo of the item you’d like to give, and choose a charity. If the chosen charity accepts the donation, a van will be sent to collect it. Gone for Good promises that the entire process can be completed in less than a minute.

It’s available free for both Android and iPhone and had more than 50,000 downloads in the two years between its launch in early 2016 and early 2018, with goods donated so far reaching an estimated value exceeding £1 million. Users can add Gift Aid with a quick tap, and share on social media to encourage others to give.

But the process has not run entirely without hiccups. “One of the key problems we have is trying to make sure that things work on the ground, with the van driver — that they actually pick up the goods that they say they’re going to, and don’t get sidetracked,” says Haworth.

He points out that though the app is user-centred, charities don't always have the capacity to respond to donation offers, and may not be geared up to do collections on evenings and weekends, for example. If a donor takes time off work to wait for a collection that never happens, “that could be quite disgruntling,” he says.

Gone for Good works with its charity partners to resolve such issues through better communication, says Haworth. “When we get complaints we can give the HQ of that charity a heads-up that a particular shop is not delivering a great service. And often they find it’s not that somebody doesn’t care, but that a paper docket system for booking collections isn’t very effective, or a vehicle is unreliable. If you’re a large charity running hundreds of shops, you’re just not going to hear about these things.”

This particular problem has led Gone for Good to diversify in an unexpected direction, as Haworth explains. “If it makes sense for charities to collaborate on donations with this app, then is it really sensible for them to offer rival vehicle services? In a small town with eight charity shops, why have eight vans on the road going to the same streets picking stuff up, when one or two could collect for all of them?”

Hilton, Haworth and their team are now working towards building a fleet of Gone for Good branded vehicles. They have been piloting a van in selected areas and in summer 2018 will launch 10 more in London. This will mean greater efficiencies: “we won’t need as many vans, and demand might be high on one day with one charity when it’s low for another, so we can get much better utilization.”

The user also benefits from this service, since weekend and evening collections will be possible. “We’re organizing key-holding rights to some charities; some shops have cages where we can put collections; some we can store in the van overnight.”

This expansion has led to another opportunity. Gone for Good is training up ex-armed forces service men and women to drive its vans, having discovered they're often well-suited to the job. “They have logistics training, they’re pretty reliable people,” says Haworth. “Hopefully if they can extract a hostage from Kabul, then they can get a three-piece sofa out of Doris’s top-floor flat!”

Ex-army personnel often find it hard to get back into civilian life, and Hilton and Haworth hope that this could be a crucial first step back to work: “it’s great to be able to do social good at all points in your supply chain and be truly socially entrepreneurial in that regard,” says Haworth.

What would Haworth and his team advise others thinking of developing a new app?

Collaboration is key, says Haworth, from setting up a joint social enterprise between Reason Digital and Hilton, to most recently recruiting a logistics expert who used to be in the army himself.

“I didn’t see all this coming from just doing an app,” says Haworth. “But if you go in obsessively trying to solve the problem and you pull that thread, sometimes something weird is on the other end of it, and in this case it’s running a national fleet of vehicles.”

Read more about Gone for Good. 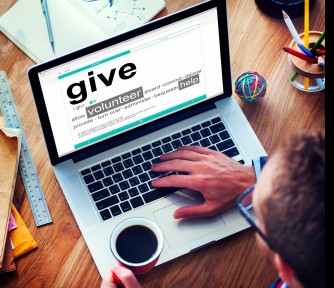 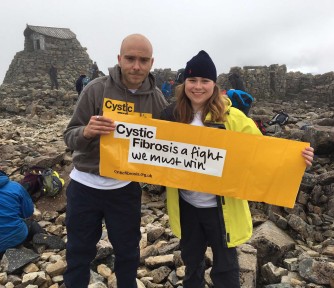