Strong Promise: Moving from Interest and Engagement in STEM to Real Academic Results 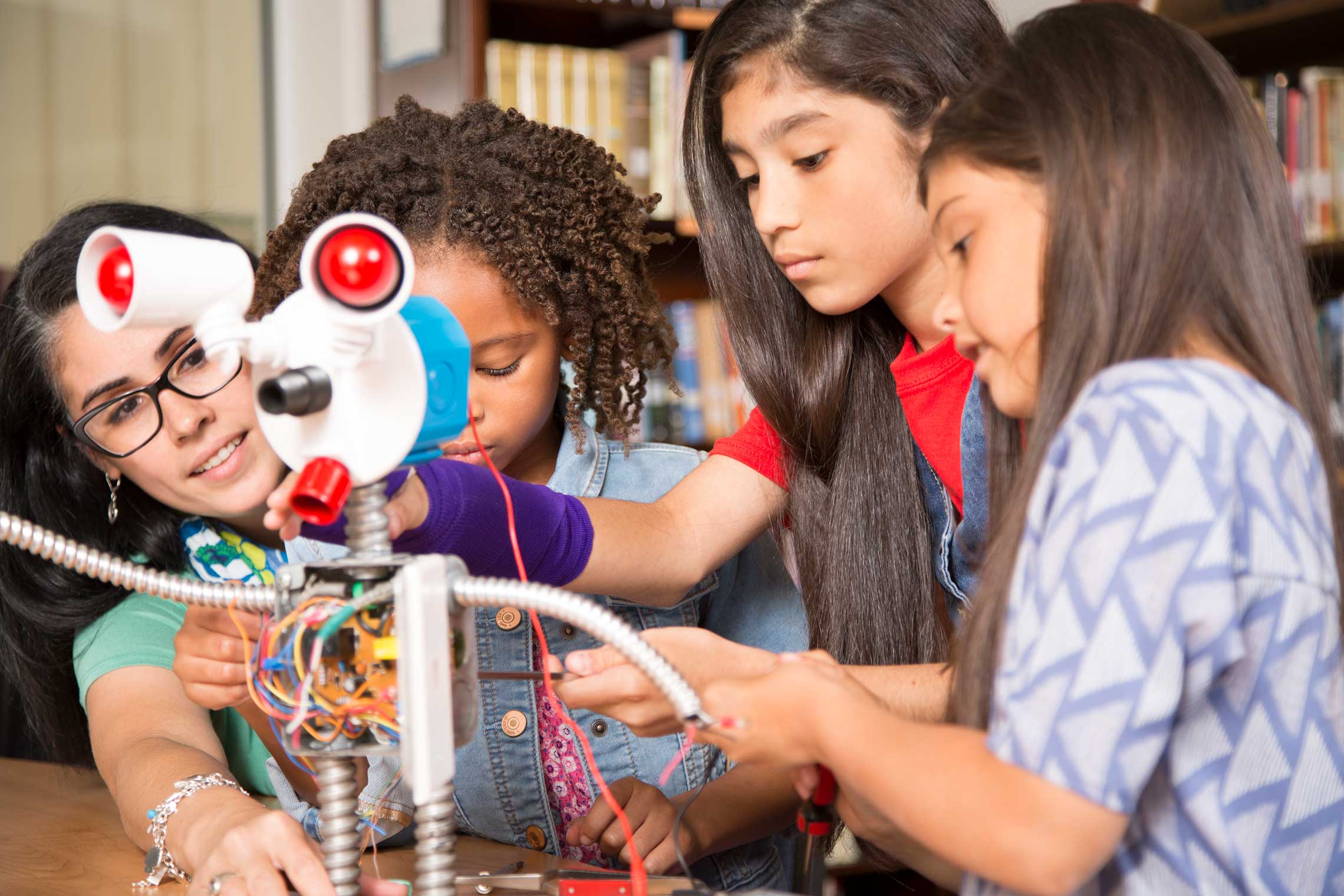 The semi-annual PISA conversation about how students in the U.S. measure up against students in other countries shows the U.S. is doing better than in past years, but still does not make the top third of 72 countries. It's a ranking that prompts questions: Who will be our future innovators and discoverers? How can we inspire future generations to persist in STEM majors and careers, to be ready to participate in these frontiers of innovation? And how can we nurture a larger STEM workforce than what we are doing today?

Filling a skills and gender gap in the U.S.

Generally speaking, there is a STEM crisis in the U.S. We know that the nation doesn’t have enough well-prepared STEM workers and there is not enough diversity in the STEM field. Children in the U.S. lag behind students in other countries in science and math and we are at risk of our future generations being completely unprepared to take on these vital STEM jobs. Even worse, 100 percent of girls in the U.S. are underserved in STEM, and the recent PISA report evidences a persistent gender gap. If one is female, regardless of ethnic background, one is already at risk of not opting-in to STEM electives, majors, and careers; that threat increases if a child is nonwhite or from a low socioeconomic home.

We are given to understand that somehow, this great nation doesn’t have enough resources to prepare children for future STEM careers. But instead of talking about real-world solutions, there is chiefly mere hand-wringing about why we don’t have more tools to address this issue.

Girlstart has been keen to understand the correlation between program participation and formal learning outcomes, particularly academic progress, course selection, graduation rates and college enrollment. A 2014 quasi-experimental evaluation of 2011-2013’s participants in Girlstart After School in Austin, Texas and Georgetown, Texas school districts provided initial evidence of the program’s impact. In it, 85 percent of Girlstart After School participants “met standard” on the fifth-grade State of Texas Assessments of Academic Readiness (STAAR) test in math, versus 70 percent of a matched comparison group of non-Girlstart girls. 71 percent of Girlstart participants “met standard” on the fifth-grade STAAR test in Science, versus 48 percent of non-Girlstart girls. Girlstart girls achieved Commended scores at significantly higher rates than the general school population. (Students who earn Commended Performance scores in fifth grade are commended to pre-AP math and science in middle school, thereby being on track to take Algebra 1 in 8th grade, a key indicator of future success.) Girlstart participants did in fact, subsequently, enroll in more advanced and pre-AP math and science courses.

Because Girlstart is also keen to ensure program consistency and quality, we continue to collect data as we scale. While Girlstart does not want to reduce our emphasis on informal science, we know that there is interest in understanding if and how informal, out-of-school time programs can have an impact on formal learning outcomes.

In 2016, another quasi-experimental study was conducted. In this, the evaluator reviewed academic performance data from 1,200+ girls across 8 school districts. These school districts span highly disparate geographies and types of school districts (urban, rural, highly performing, low performing). The 2016 findings echoed those of the 2014 study, but on a dramatically larger scale. These findings show that informal science programs can have an impact on science and math academic achievement:

Participation in Girlstart programs is directly linked to higher performance on math and science standardized tests and directly correlates to a pathway to Pre-AP coursework in science and math at middle school. The data also shows that Girlstart girls, after participating in Girlstart After School, do in fact enroll in more advanced / Pre-AP courses in middle school. We believe that these findings are unique to Girlstart.

Because future college and career opportunities remain available for girls when they enter the Pre-AP track at middle school, this is a game changer. This is great news for Girlstart girls, since STEM careers are more highly compensated jobs, and 63 percent American families have a woman as sole or co-breadwinner. In previously conducted research, Girlstart participants enrolled in STEM majors at four-year universities at very high rates (87 percent of Project IT Girl participants matriculated into a four-year university, with 80 percent of them selecting a STEM major). Because Girlstart has been able to scale up its programs to a statewide level, we are now positively impacting more than 1,500 girls in 19 Texas school districts, including two in Houston.

Girlstart After School is the largest and most robust out-of-school time program of its type in the nation, reaching more girls and schools with intensive, free, high-quality STEM education and with this new research, it can be definitively stated that this model is proven. There are

There is currently a waitlist for Girlstart, both state and nationwide: 70+ Texas school districts and districts in 28 states across the U.S. But Girlstart is ready to grow. Girlstart can bring its model of high-quality STEM education programs to more girls, and make these opportunities available. The Girlstart model can be scaled further across the state and, potentially, nationally. Girlstart is ready to bring this best in class program to communities that are eager for high quality STEM programming and to inform a pipeline of future STEM workers who can take on the world’s leading challenges.

Adapted from a report originally written by Tamara Hudgins, Ph.D. The full report and appendix to this study can be found here.

This page is written in association with Girlstart 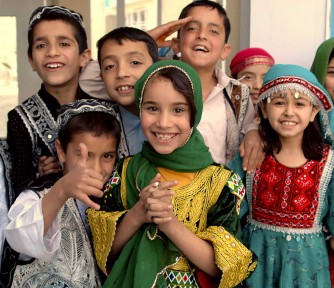 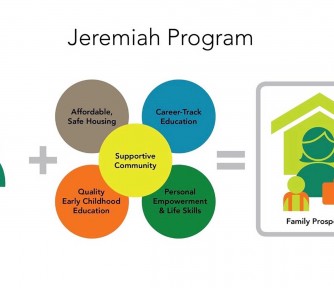 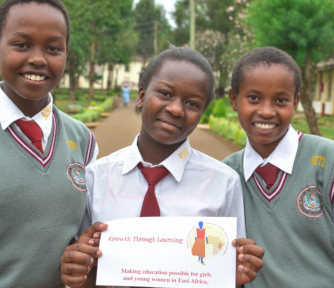 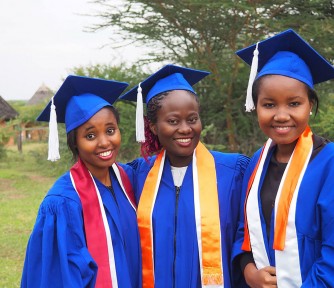 The GLOW Foundation — Education for Women in Developing Countries 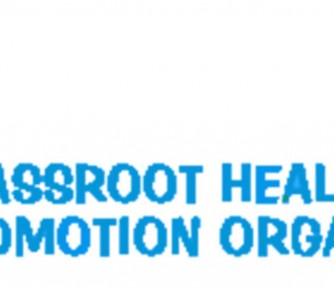 Counseling and Training Is Offered for Underprivileged Nigerian Students