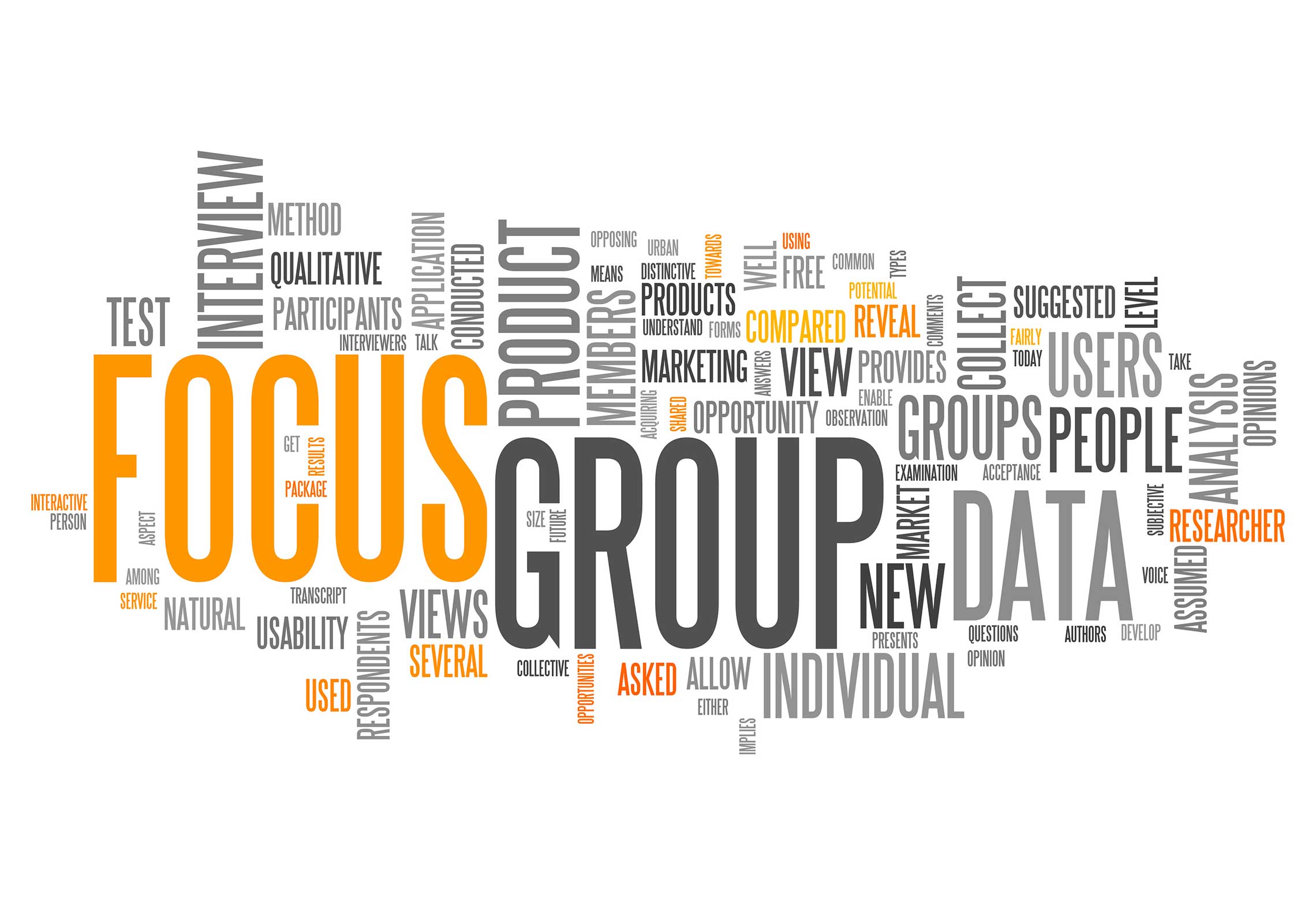 Adapted from a report written by Anne Goldie and Jacqui Lindsay of CrossReach UK.

We work within the voluntary sector, managing the generic counselling services of CrossReach, the social care arm of the Church of Scotland. Based at the Tom Allan Centre in Glasgow and Crossreach Counselling Lothians, our services provide counselling to around 1300 clients per year. We both have an interest in research, particularly qualitative, and the possibilities that exist for counselling research to be situated in the type of large agencies that we run.

Early in 2012, we were offered a research opportunity, assistance and an outline plan by Professor John McLeod from the Universities of Abertay and Oslo. One of us already had an MScR and the other was keen to pursue this. It seemed an ideal way to look at service outcomes and how we could improve them while honing our research skills. John’s interest was twofold. He was keen to understand more about the effectiveness of front-line counselling services, particularly in relation to the ways that clients evaluated the helpfulness of the therapy they received. He was also interested in developing the idea of “grassroots” research which would be carried out in the agency setting by counsellors.

The first stage was to help the agencies become “research ready." For us, this meant that we would have clients willing to be participants and counsellors keen to be researchers. It also involved creating an atmosphere in the workplace where research was seen as being an exciting opportunity rather than something to be tolerated at best and dismissed at worst. We needed to get our administrative staff onside and be enthusiastic when our colleagues asked questions.

We began by developing an ethical framework for the research, in which all participants could feel safe and be fully informed about what was happening. This involved asking all clients during assessment if they would be willing to be contacted at some point after their counselling had finished with the possibility of taking part in a research project. This information was recorded and we have built up a significant number of clients who have consented to contact.

We invited all volunteer counsellors, of whom there are around 130 at any given time if they would be interested in taking part. From an initial response of 16 counsellors we ended up with a pool of 13 who have been involved at all stages of the research. For most, this was their first venture into research, for all of us it was our first experience of “doing” counseling research.

John held an initial training day where he briefly introduced the main concepts of qualitative research and provided some initial training on how the research interviews would be undertaken. We were encouraged to read key examples of research that were similar to our own project. Many of us were particularly inspired by a study by Brigid Morris (2005) and her colleagues, based at a women’s therapy centre in London. After all this, we were then ready to begin the process of collecting data.

We recruited 20 clients who were willing to take part. The age range was 21–70, with 15 women and five men. The number of sessions they had received ranged from 5–72. Clients were contacted 6-12 months post-therapy. Those who were willing to take part, had the study explained to them and completed an ethical consent form. The research interviews lasted for one to two hours, were semi-structured and included an adapted form of the post-therapy Change Interview devised by Prof Robert Elliott at Strathclyde University. This interview schedule was built around a carefully structured set of questions that explore all aspects of client change. Further information on the Change Interview can be found at the website of the Network for Research on Experiential Therapies; a good example of how it works in practice is available in Elliott et al. (2009).

As a means of helping clients to recall how they had felt at the outset of counselling, we also used a visual timeline with each client where significant moments before, during and after therapy were plotted. We were interested in capturing information about any other events or interventions that the client may have been involved in or were using so that we could see where counselling fitted in as a resource during this period of time.

Prior to analysis of the interview transcripts, each client was given a title: ‘young mother’, ‘artist’, ‘nanny’, etc. This seemed to us more respectful than giving them a number and helped us in our discussions to understand which client we were referring to.

Members of the research team worked together to transcribe their interviews and coded them for themes. These themes were then organised into a narrative summary for each case. Each coding and summary was audited by at least one other member of the group and consensus reached. Narrative summaries were compared by John, to develop a preliminary set of cross-case themes, which were then discussed and refined through dialogue in the group.

What did we find? All of the participants were satisfied with the services and appreciative of counselling. 16 clients could be classified as having had a good outcome and four had a mixed outcome. Comments from clients included:

Artist: “Often in my prayers you know if she came into my mind, I would say 'thank you for the help and I hope you're ok”.

Young Business Woman: “I suppose I think it's quite nice really to think about the progress that I have made, compared to when I came in. I did find the whole process very helpful and supportive and am very grateful for it.”

Although each participant had their own unique story, looking at the experiences of all twenty clients, we were able to identify three basic trajectories through therapy. First, there was a group of clients who reported transformational change of a lifelong problem such as childhood sexual abuse. One example of this pattern was a client, who at the age of seventy was able to finally move on with her life, to the extent that from living a very limited life that had always been shadowed by severe depression, was able to travel to the developing world and work with children in an orphanage.

Second, there was a group of clients who came after a life crisis such as bereavement who, until the crisis event, would have described themselves as generally content. One client talked about her very close and loving relationship with her husband, as a result of which, they hadn’t needed other relationships to satisfy their emotional needs. Five months after he died she found herself “in a bubble”, “numb”, “depressed”, “anxious” and “panicky”. Post-therapy she felt that she could approach others and ask for help, had a positive attitude, coping strategies and was functioning more effectively at work.

There was a third group who could be described as mixed outcome cases. These were clients who, after therapy, although partially helped and enabled to explore issues, did not feel “cured." One example is the client who presented with post-viral fatigue syndrome and had only some relief of symptoms but had improved relationships within her family and was able to take better care of herself.

There were also some powerful themes that emerged from analysis of the interviews. The counselling agency as a stable and known presence within a local network of care. Most clients contacted the agency following recommendations from trusted other such as a friend, their GP or a family member. Clients described the counselling centre as a safe place to be, where they felt taken care of, and trusted their counsellor. A further key theme referred to the views of clients regarding how and why counselling helped. On this issue, there was a high degree of consistency across participants. They talked about their counsellor as “someone who genuinely cares about me”, who made it possible to “talk and express my feelings." Clients valued the flexibility and responsiveness of the service, for instance describing their counsellors as “going the extra mile." Clients also valued creative interventions such as two chair work or art therapy, and having enough time to go at their own pace.

Clients also told us about how they had changed as a result of the counselling they had received. Some of the recurring sub-themes within this part of the data analysis included “bursting the bubble” (the experience of moving from a feeling of being cut off, toward making or remaking contact with the world, getting in touch with feelings; reconnecting) and “the jigsaw effect” (making sense and making links, both in the past and the present; putting the pieces together; beginning to see the bigger picture).

Within the limits of this article we can only offer a flavour of what we found in the interviews. A complete account of our results will be available in an extended report which will be published within a few months by Crossreach, and in journal articles.

Overall, what we found was that clients described a shift in their emotional landscape, commenting that they saw their lives differently as a result of counselling, were able to re-organise their lives, make decisions and use new coping skills and strategies. They described themselves as having “found a voice”.

Doing research — is it worth the effort?

For us as managers, both the process and outcomes of this research project have been very rewarding. We have gained an insight into not only the journey and progress of a group of clients but have also been able to hear how the services are viewed and appreciated by them. It was reassuring to hear that the agencies are seen as “safe” and “trustworthy” by the clients who took part in the research.

However, as with all good research, we are left with more questions than we started with. It would be interesting to look at what happens in poor outcome cases. Some clients described some confusion early in their engagement with the service about what counselling is and what was expected of them. We are curious about what effect giving clearer information at the beginning might have on drop-out figures for the services. We know from other research that there can be a therapeutic effect in taking part in a follow-up interview: we would like to explore this more fully in the context of our particular situation.

This has been an energising and exciting piece of work in which to be involved. We are indebted to John McLeod for his patience, hard work and most of all expertise as he guided us through the project. The volunteer researchers gave their time to support and work with our services on top of their commitment to their client work. Together we created a vibrant and stimulating group where the research was not only carried through successfully, to the extent that it has just been presented by us at two major conferences but also left all of us with the knowledge that we have the requisite skills to do more of this kind of research.

For those interested in finding out more about undertaking research within the voluntary sector: The Scottish Voluntary Sector Counselling Practice Research Network: http://svscprn.abertay.ac.uk

This page is written in association with CrossReach 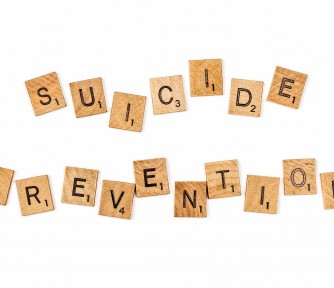 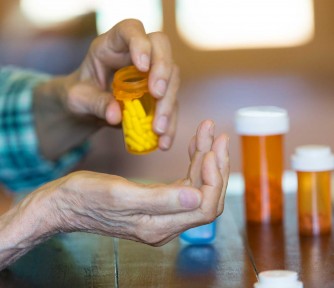 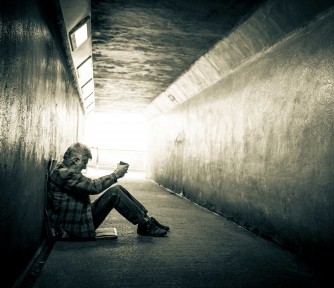 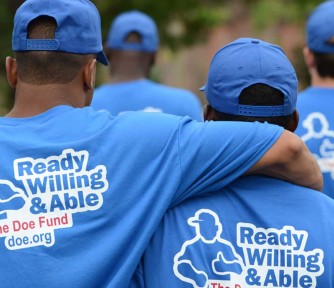 The Doe Fund: The Ready, Willing and Able Program 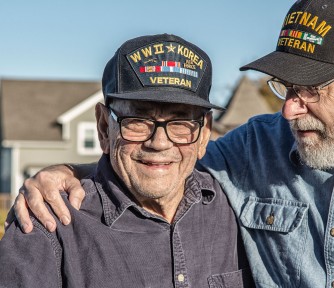