Opinion: Women have been silent too long. It's time for all to speak out.
Acquiring Edit Lock
By Kathryn Engelhardt-Cronk | Updated 14 days ago

Like many women, I have been deeply upset at the wave of sexual abuse allegations in the media these past few weeks.


The Twitter hashtag campaign #metoo has unleashed a tide of women relaying their stories of sexual harassment at work, sexual assault and other tales of nasty and lewd comments, inappropriate touching, unwanted sexual advances and demands in order to keep their careers. Many of these stories reflect abuse at the hands of trusted bosses, mentors, teachers, spiritual advisors or family members.

In a totally unscientific survey, I asked my sisters, friends and colleagues if they'd ever dealt with this type of abuse. Out of the 20 conversations I initiated, all but one woman could recount at least five serious cases of sexual harassment or assault during their lifetime. Extrapolating the results from my informal study: of the 157.0 million females on earth, 95 percent either have or will be sexually harassed or assaulted at least five times in their lifetime.

Even if my small research group is overrepresented by abused women, the numbers are still overwhelming. Rainn.org reports that one out of every six American women has been the victim of an attempted or completed rape in her lifetime (14.8 percent completed, 2.8 percent attempted). This doesn't include the constant barrage of male-on-female groping, threats, lecherous comments, unwanted sexual propositions or on-going harassment.

My mini-study consisted of women in the U.S. where there are some legal protections against male predators. There are many areas of the world where women have no legal or cultural protection of any kind and are molested, raped, impregnated or trafficked to satisfy the cruel and greedy whims of fathers, brothers, uncles, cousins and total strangers. I'm sure if I expanded my survey across the world, I would discover many women who could easily exceed the five-incident average I found among my friends.

What astounds me is the sheer number of abusive males this represents. It’s not as if my 19 friends and relatives were repeatedly abused by the same creepy guy. In just my group of 19 who reported abuse, their stories represented 95 different males who were completely comfortable with demeaning, manipulating and harming women with whom they worked and lived.

We need to keep the #metoo conversation going. As victims of sexual abuse, women need to be willing to name abusers and tell our stories to the world immediately and every time. The first step of that process is mentally reviewing your life experiences and do your own count of sexual abuse incidents. Do this in a safe place with trusted people. If you don’t feel safe to speak, RAINN provides a 24-hour, free, anonymous hotline to share your trauma: 1-800-656-4673.

After that process, tell your stories, publicly and loudly. Again, name names and circumstances. If the dreadful and damaging sexual exploitation and maltreatment are ever to cease, male offenders need to know that the rule for women will be: no more secrets. Perpetrators must suffer the consequences of their own actions: in their careers, marriages and personal relationships. Women have been suffering, mostly silently, for time out of mind at the hands of these same men.

Make Your Own “Time's Up” Statement on Sexual Harassment 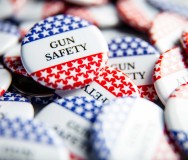 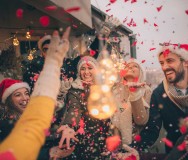 5 Things That Drive Your Nonprofit Volunteers Away