​The Story of Adam and Doreen

Acquiring Edit Lock
is currently editing this page.
I first met Doreen when we were both attending small colleges in Rhode Island in November of 1985. For me, it was love at first sight. However, when it came time to get engaged, we realized that we wanted different things.

For Doreen, she wanted a life together in the quiet comfort of upstate New York around the capital of Albany. For me, it was the search for life around the world. That led us to split up, but she was always on my mind. Every time I settled in a new location, I would call and ask her to come and check it out. She always laughed and chose to stay in New York.

Ultimately, I ended up in the US Navy as a Russian Linguist and Signals Analyst. When I was deployed to sea, I would spend hours on the phone with her talking about life and how I still wanted to marry her, but she always wanted to stay in New York. When I tried to call her on her birthday in August of 1996, I was shocked to learn that her phone had been disconnected.
Doreen had been diagnosed with Breast Cancer and the prognosis wasn’t good. She had moved back in with her mother, also around Albany, as she began chemotherapy and her fight. I was unaware of all of this as I spent the summer on board USS Blue Ridge (LCC-19) around Russia, Korean Republic and Japan. That particular trip was extremely difficult, but I was more concerned with Doreen and when I was finally able to return to land in September, I started my search for information. Finally, in November while on leave back in the states for a racquetball tournament, I found out what had happened. While talking with an old college friend, he told me that Doreen was with her mother dying. I left the tournament right away in order to be with her.

At first, she didn’t want to see me. She didn’t want me to see what her cancer had done to her. I stayed in the living room talking with her mother and begging to see her. After a couple of days, Doreen relented and allowed me in. At first, I was stunned. She looked completely different, but when she started talking, she was the same Doreen I had known and loved. As the day wore on, it was just like old times and we talked about everything. Finally, I got up the nerve to ask her if she had any regrets as I didn’t want to leave her with any regrets. She thought for a second and told me that she regretted the fact that we had never gotten married despite the fact that we both clearly loved each other. Without hesitating, I dropped to a knee and proposed. I had proposed during college, but after a few weeks of the initial engagement, we realized that our lives were meant for different purposes and so we split. This time, I was going to make sure we followed through and got married.

At first, she laughed. She said there was no way that I could get everything done in such a short period of time. I told her that nothing would stop me and she agreed. The next day was truly a blur as I sped around the greater Albany metro area finding a ring and telling my story all over the Capitol Building trying to find a Justice of the Peace that would come out and marry us. When all was said and done, we were married on the 11th Anniversary of our first date, November 19, 1996.

Shortly after the wedding, I had to return to Arizona to spend Thanksgiving with my family before returning to my duty station in Misawa, Japan. Having a top secret clearance in the Navy meant that I couldn’t tell anyone what I had done. That included my own family. I kept that secret for several years. Upon returning to Misawa, Japan, I served as the Best Man for a friend’s wedding while I spent every spare moment on the phone with Doreen. She was struggling to hang on, but we spent many hours on the phone talking about the future.

In life, Doreen was the most caring, generous person I had ever met. She was always donating time and energy to any cause. During college, she volunteered many hours to the Special Olympics and also to teaching racquetball to kids. It was her compassion in these efforts that started me on the road to volunteering in each community that I have called home since college. During that time, I kept asking myself what would have happened if Doreen and I had had children, would they have been alright having lost their mother at such a young age? This question had haunted me for many years and so it became time to do something about it.

Thus the Doreen Katz Memorial Cancer Foundation was created to provide for children whose parents are battling any form of cancer or have already lost that battle. 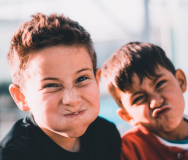 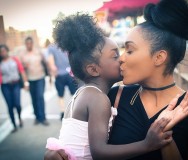 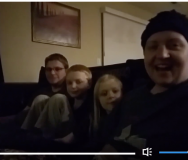 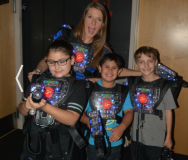 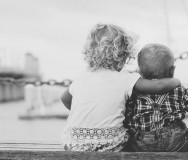 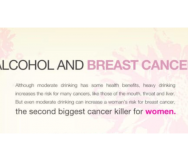 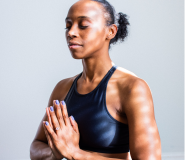 Surviving cancer and making it through cancer treatment are major accomplishments. Most, if not all, survivors find a new priority in life:... 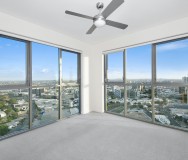 Everything You Need to Know about Indoor Air Quality

By some accounts the average American spends as much as 90% of their days indoors. When that time is spent in an environment where poor air... 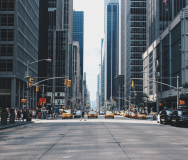 How Many Cancers Are Caused by the Environment?

Some experts say a decades-old estimate that six percent of cancers are due to environmental and occupational exposures is outdated and far... 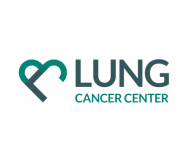