Influencing systemic change one partner victory at a time

Originally published: October 2017, this article is more relevant than ever.  Learn how one woman and one organization can drive critical change.

Freedom United (formerly WalkFree.org) is a digital movement that aims to unify the voices and efforts of the millions of individuals and the hundreds of organizations working to end modern slavery. This case story is an example of our efforts to secure long-term, sustainable change.

Kwesi was enslaved on Lake Volta, Ghana, as a "fisher boy." He worked an average of 18 hours per day with little rest, no pay and only enough food to give him the energy for more work. When he was rescued, he had suffered extensive emotional and physical abuse. He had lost partial sight in his left eye. Kwesi is just one of more than 21,000 children who are victims of modern day slavery on Lake Volta in Ghana. The situation is dire, but Freedom United and its Ghana-based partner Challenging Heights were determined to make a difference.

Using Freedom United's campaigning tools and support, Challenging Heights launched a campaign calling on the Ghana National Police to issue a directive for all vehicles to be checked for unaccompanied children and suspicious looking passengers, in order to clamp down on child trafficking.

Several months later the police administration not only announced that these directives had been issued, but they also endorsed a second campaign with Challenging Heights. This campaign called on supporters and the public to unify against slavery by reporting suspicious movement of children and vulnerable people to the police. The online petition received 26,299 pledges from people in Ghana and demonstrated support for local authorities to take action. Now, local law enforcement is more vigilant, better informed and better trained to spot and stop vulnerable children like Kwesi from ever being enslaved on Lake Volta.

Freedom United harnesses the power of individuals and partner organizations to influence systemic change. Each partner victory is progress in the fight against modern slavery. Thanks to the partnership with Challenging Heights, Kwesi is safe and back in school — giving hope that slavery on Lake Volta can become a thing of the past. 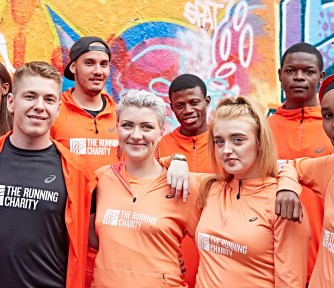