George Floyd. Ahmaud Arbery. Breonna Taylor. What do we tell our children? 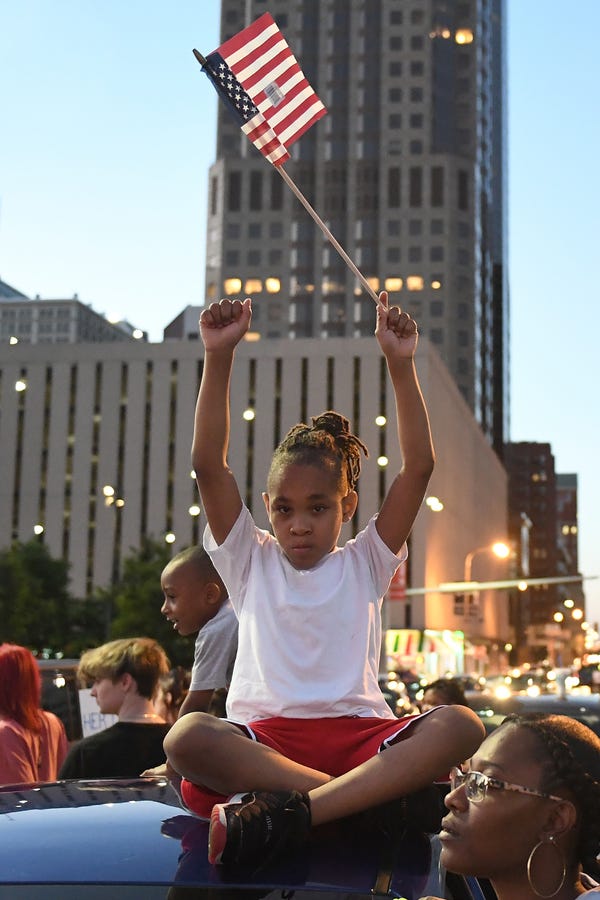 This article was originally published on USA Today

Should we tell the children? How?

Those are among the many questions parents are asking after the deaths of George Floyd, Ahmaud Arbery and Breonna Taylor. Many white parents wonder whether to talk with their children at all, while parents of color swallow their grief and fear to have "the talk" once again.

These deaths are part of a more complex story, one some parents have been telling for generations, and others have long felt they've had the luxury to ignore. Experts in child psychology and race-based stress say these conversations are essential for all parents to have, and they underscore that there are developmentally appropriate ways to talk to children of all ages about racism and police brutality.

"Silence will not protect you or them," said Beverly Daniel Tatum, a psychologist and author of "Why Are All The Black Kids Sitting Together in the Cafeteria? And Other Conversations About Race." "Avoiding the topic is not a solution."

"One of the most important things to remember is that you may not have all the answers, and that is OK," said Erlanger Turner, a clinical psychologist and assistant professor of psychology at Pepperdine University who studies mental health among racial communities.

USA TODAY spoke with Tatum and Turner about how to talk with children about racial violence:

Why is it important to talk with children about what happened to George Floyd and other incidents of police brutality or racism in the news?

Beverly Daniel Tatum: Even young children may see or hear about highly publicized incidents like the George Floyd case – perhaps overhearing the TV or the radio –  and may ask questions. Or if parents are upset by the news, the child may perceive the parent’s distress and ask why Mom or Dad is upset. In either case, an age-appropriate explanation is better than silence. Older children with Internet access may see online images on their own. Initiating an age-appropriate conversation can give children a helpful frame for understanding difficult realities. If parents are silent, children will draw their own often faulty conclusions about what is happening and why.

Erlanger Turner: Many adults are hurt and angered by these events, and their children may notice changes in their mood. It is helpful to have a healthy conversation around what happened and also talk about ways to cope when you witness social injustice.

Does COVID-19 warrant avoiding these conversations, given many children are already struggling with fear, anxiety and uncertainty?

ET: I don't think that anxiety and fear about COVID-19 should stop a parent from talking about police brutality. This issue has been increasing in concern over the last few years as the number of black and brown people killed by police continue to rise. I think if you do talk with your child don't leave them in a high state of worry. Make sure to end the conversation by engaging in a pleasant activity after the difficult discussion so they won't stay worried or afraid.

How do parents start these conversations and how does that change depending on the age of their children?

ET: I think the first place to start a conversation around racism and police brutality is with honesty. Take ownership of your feelings and be comfortable sharing those feelings with your child. Then you can begin to allow them to share what they may already know about racial differences. I think that it is always good to allow children to share their opinion and understanding before you offer information.

For younger children conversations about racism should be limited to basic facts about how people are treated differently due to the color of their skin but also acknowledge that not everyone treats people differently based on race. For older teens, parents can consider exposure to news or social media posts as discussion points about this issue.

BDT: Regardless of the age of the child, it is important to balance acknowledging the reality of racism, or unfairness, with messages about the possibility of change, and the community of allies who are working together to make things better.

If a child of color asks if a police officer is going to kill them, what do you say?

BDT: The answer will depend on the age of the child.  If it is a young child, a parent can be reassuring.  “No, honey, you don’t have to worry about that. Police officers don’t want to hurt you.”

Black parents often refer to this as “the talk” they have to have with their adolescent sons to increase the odds they will survive an encounter with a police officer if and when they are stopped.

ET: That is a tough question. Depending on the age of the child, they may have some awareness of youth that have been killed by police. Obviously you don't want to respond in a way that is going to make children be more fearful for their safety. In my opinion, I think that you should let children know that most police officers work to protect them and their community.

If a child says they are afraid or angry, what do you say?

BDT: Acknowledge the child’s feelings. The parent may have similar feelings. “I know it’s upsetting to hear about and see these things happening. It upsets me too when bad things like this happen. Racism is very unfair. But it makes me feel better to know there are lots of people who want to change things." Being able to offer specific examples of community change agents would be useful. Being able to talk about what family members are doing to speak up against unfairness is especially useful. Actions always speak louder than words.

ET: If a child tells you that they are angry, that is appropriate. Don't force them to hide their emotional expression. However, be sure to help them identify ways to express their anger in a healthy manner which may include journaling or exercising to release the energy from their body.

If a child is afraid for one of their friends, what do you say?

BDT: “I can see that you are worried about your friend. What do you think we could do that might help him or her?” Depending on the situation, this could be an opportunity to talk about what it means to be an ally, and how to stand in solidarity with another person.

ET: If a child is afraid for one of their friends, talk with them about those emotions. Allow the child to express why they may be afraid and help them identify how they can check on their friend's safety to ease their anxiety or fear. Part of what increases anxiety is the fear of the unknown. If you have a plan of action it will reduce some of those fears.

ET: I think that it is very important to talk with the children about law enforcement. For example, you can talk with them about how they protect rules in society such as making sure that people don't drive too fast so they won't harm themselves or others. Providing clear examples about the ways that law enforcement helps society will allow the child to better understand. You can also be honest about situations such as police brutality and let children know that some police officers break laws. If you have a trusted officer in your community it may be good to also allow the child to talk with them in person to reduce their fear.

Should these conversations be different depending on the race of the child?

BDT: Children of color are likely to experience racist encounters as they get older.  They need to be helped to understand their own worth and feel affirmed in their identity as young people of color despite the negative messages they may get from others.  Parents of color want to raise self-confident and empowered children who are not demoralized by other people’s racism. This requires lots of conversation about racism and how to resist it in an ongoing way throughout their children’s lives.

White children are often racially isolated as a consequence of segregated schools and neighborhoods, and consequently limited in their understanding of people different from themselves. White parents who want to interrupt the cycle of racism must learn to talk to their children about it and model their own anti-racist activity.

ET: According to research, white parents often don't talk with their children about race or may emphasize "not seeing color." The concept of colorblindness or "not seeing color" is more harmful than helpful and does not honor an individual's identity. ... For white families, research suggests ... conversations should focus on raising anti-racist children and encouraging more friendships with children from others races.

Many of these deaths garner attention because footage of it goes viral. What should we say if our child asks to see it?

BDT: There are many adults who don’t want to see such footage. I would not show it to a child at all. Once an image is in your head, it is very difficult to get it out. That said, it is reasonable to describe what happened and talk about why it was wrong. It is also likely that children with Internet access can view the footage without an adult’s permission or assistance. Talking about it after the fact will help children process their feelings.

ET: You should not show your children these videos as it may increase the likelihood of them experiencing symptoms of trauma or having nightmares. What we know from research on witnessing disasters is that individuals may be at a higher risk of developing post-traumatic stress disorder even through indirect exposure to these events.

What do we say if, in the course of this conversation, a child says something racist?

BDT: Inquire about it with curiosity, not judgment. "I’m wondering why you said that …"  After hearing more about what the child is thinking, you can offer correction by providing new information. “You know, a lot of people might think that is true, but I don’t because....”

ET: I think the first thing to do is to not get defensive. You want to foster open communication with your child. However, I think you should explore why they have that opinion, where did they learn it from, and tell them why what they said was wrong. It might be helpful for you as a parent to think about ways that you may have unconsciously expressed racist attitudes.

How can parents explain the uprisings in a way that doesn’t condone violence but also doesn't minimize the sense of injustice fueling them?

BDT: Children understand the concept of unfairness as well as the experience of frustration. Years and years of unfairness – racism – results in intense anger and frustration. The conversation can then be about what we must do to fix the continuing unfairness.

ET: I think it is important for parents to be honest. Share your hurt, anger, or disappointment with your child. You should also talk about different ways to protest social injustice such as calling your local politicians office or even visit their office to talk with them about policy change to reduce injustice. 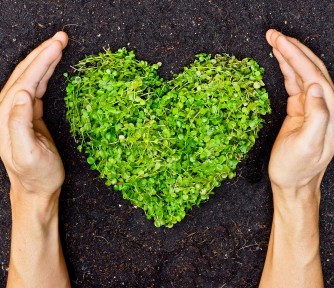 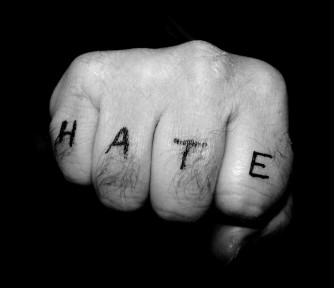 Violence In America: What is the Message to Nonprofits Who Care About Social Change? 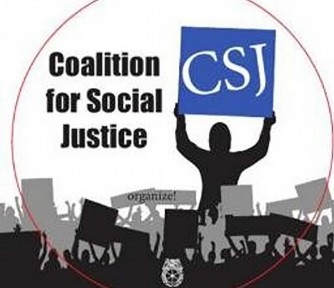 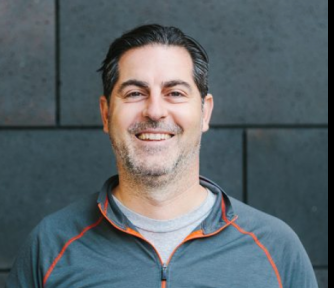 Rally Starter: A Social Justice Advocacy Software Platform That Checks all The Boxes 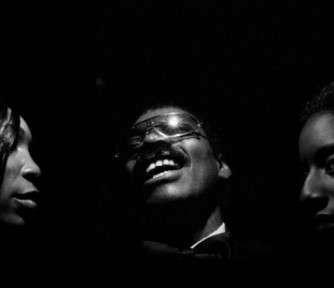 Racism Is Terrible. Blackness Is Not. 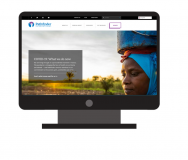 5 Reasons Why Nonprofit Advertising is a Good Investment