Poorly planned and executed mergers can turn into costly nightmares. Prevent this outcome with due diligence.
Acquiring Edit Lock
By Doug Toft | Updated on June 6, 2019

Set the stage for merger considerations

Nonprofit mergers can deliver long-term benefits — greater capacity, increased visibility and expansion into new communities. Mergers that are poorly planned and executed, however, can turn into costly nightmares. Prevent this outcome by carefully answering the following questions.

Is it the right time to consider a merger?

The path to a successful merger starts with taking time to thoroughly assess your organization and your potential partner. If you're dealing with another major challenge right now — such as a change in leadership — remember that a merger will only add to your workload. Save the merger discussion for a time when the immediate crisis has passed.

What do you want from a merger?

According to David La Piana, a consultant who specializes in nonprofit mergers, the basic motivations for mergers are:

To clarify your thinking, state your desired outcomes from a merger in measurable terms. For example:

Can you move into a merger with a unified team?

The topic of mergers often generates strong opinions, both positive and negative. Board members who've experienced profitable mergers in the private sector can be forceful advocates for this strategy. Staff members who've lost previous jobs due to mergers might have a different point of view. Attempting a merger with deep internal conflicts on these issues can lead to organizational self-sabotage.

Before attempting a merger, survey your staff and board to discover their attitudes. Raise the issue in meetings. Explain the differences between for-profit and nonprofit mergers and discuss the potential benefits of joining with another organization. The outcome that you want to avoid is trying to negotiate a merger while a board member or executive leader is publicly (or privately) arguing against it.

Are you willing to change your programs and services?

A merger might call for substantial changes in your activities — even though your mission remains the same.

Say, for instance, that your mission is to revitalize local neighborhoods through community economic development. Your current strategy for achieving this mission might be job training for displaced workers. After a merger, your main strategy could shift to administering interest-free loans to local entrepreneurs.

Mergers are best accomplished when nonprofit leaders remember that service to a mission can involve shifts in programs, services and constituents over time. If your board and leadership aren't open to such changes, then a merger is probably ill-advised.

Can you fund a merger?

A merger is likely to increase short-term costs rather than reduce them. Some examples of potential expenses are:

Before entering into a merger negotiation, make detailed estimates of such costs. Also list all your possible sources for funding a merger — donors, pro bono contributions, loans, cash reserves and more.

Do you have a potential partner?

Many nonprofits put mergers on the agenda when they're actively courted by another organization. Sometimes, however, nonprofits contemplate a merger even before they have a potential partner in mind.

Start by defining the characteristics of your ideal partner. Use your informal networks to spread the word that you're interested in pursuing a merger. Turn to online resources such as MissionBox, Charity Navigator and GuideStar to find organizations that match your criteria.

Also consider organizations that compete with you for grants, donors, members or clients. Having constituents that overlap is one indication that two nonprofits are compatible enough to pursue a merger.

As you research organizations, remember to focus on their usable assets. For example, your potential partner might have a much larger budget than yours. But if that budget is based largely on highly restrictive grants, then this asset may not be of much use to you.

How well do you know your potential partner?

In the flush of excitement about a possible merger, leaders of two organizations might move into action before completing due diligence. Don't make this mistake. Find out everything you can about your potential partner's history, funding, programs and services.

Also consider the other organization's corporate culture and how it compares to yours. Culture includes all the spoken and unspoken agreements about "how things get done around here," such as:

La Piana says that most failed mergers are due to cultural differences rather than financial breakdowns. Look for points of conflict in this area. If your culture is based on change and risk-taking while your potential partner values staff longevity and program stability, that's not a good sign.

In the end, don't be afraid to turn down a potential partner once your research is done. Saying no can be awkward — but it's far less disruptive than trying to merge two organizations that are ultimately incompatible. 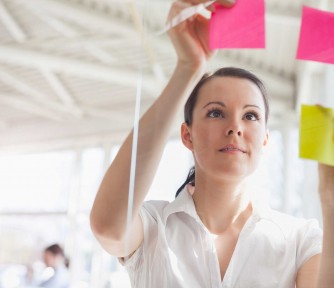